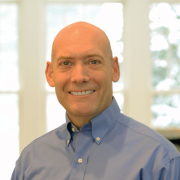 Prior to founding High Performing Culture, David was the President of RSI, an award-winning employee benefits brokerage and consulting firm that grew to become one of the largest and most successful independently-owned agencies in the country. RSI was named one of the Best Places to Work in the region seven times, and was four times named one of the Fastest Growing companies. In 2006, RSI was the only company of any size in any industry to win New Jersey’s highest award for quality – the Governor’s Award for Performance Excellence – Gold Level.

In 2011, he published his first book, Fundamentally Different, which is based on the insights he learned and taught throughout his leadership career, and in 2018 he published his second book, Culture by Design, the definitive “how to” manual for building a high-performance culture.

Today, in addition to leading HPC, David does more than 100 workshops and Keynote talks per year, sharing his experiences and wisdom with thousands of leaders across the country.