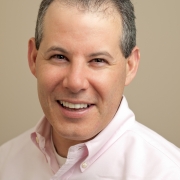 Mike Dwyer is President of AH client partner, the Juvenile Products Manufacturers Association (JPMA), the national trade organization representing 95% of the $2.7 billion juvenile products industry. JPMA is AH's legacy client and has been with AH since the company was founded in 1978.

As the Chief Executive Relationship Officer for AH, Mike is responsible for charting the course, developing the vision and implementing the necessary steps to ensure long term healthy client relationships between AH and the company’s 30+ full service clients. Mike also serves on the AH Office of the President, which is comprised of the company’s senior management team. Mike is also a partner at AH, along with Bob Waller, the President & CEO.

Dwyer and his wife Margaret (“Penny”) of over 28 years have three children; Chandler is 22, Owen is 19, and their daughter Madeline is 16.